Strolling on a Sunday

Hopefully this will be a short stroll today, but we'll see what happens.

For starters, despite my complaints about Anna Karenina in my last post, after I wrote my review of it, I began rethinking it and also Tolstoy's view of spirituality in the final chapters. Despite my complaints about how Tolstoy portrays women (and how he treated his own wife at times, see a bit of Sophie Tolstoy's diary quoted by Danielle at A Work in Progress here), I must admit that I began to contemplate exploring my own spirituality again.

Those who have been following my come-and-go attempts at book blogging for the last few years may know that I grew up in a very strict charismatic (you'd think that was an oxymoron, but no) Christian home, where I felt pressure and guilt all the time to be the perfect little christian girl and also experienced physical and emotional abuse from my mother for not being perfect enough. Eventually in university, I ended up in a huge depression and was very close to a suicide attempt because I'd pushed myself way too hard to be that perfect christian girl, without allowing myself any space just to be myself and enjoy life without judging myself all the time. So since then while I've been muddling my way through trying to get out of depression, I became very bitter towards christianity.

And oddly, Tolstoy's simplified approach to Christianity (he didn't believe in miracles, thank goodness, since I'm sick of excessively showy displays of faith healing and that sort of thing, which is what I grew up on. He also didn't like smug religious people who thought they had it all worked out either.) was the first time in a while that I found it appealing. Tolstoy was far from perfect, but he tried very hard to live for something more than himself, to do better than the average aristocrat of his day. I began to consider that the point of Christianity is not about trying to be self-centeredly perfect on your own (Tolstoy's failures were also about his ego getting in the way too much, I think. Despite his faith, he was terrified of death, of the cessation of his all-important self. Realizing that about him helped me see that in the past I'd also been trying to go about it in the wrong way, to impress God with my goodness), it is about accepting grace and love in the midst of failure.

I don't intend to become extreme with my faith anymore, since for me, that way leads to depression. I've been quietly thinking these things through for about a week now, looking for books to inspire and encourage me on this new path (the first thing I do whenever I have a new interest is head to the library!) and trying to be gentle with myself in the midst of these changes. So I'm happy for an inner spring renewal just as it's starting to warm up outside and have had some lovely walks this week, full of fresh spring air.

As for what I've been reading, Ana's review (at things mean a lot) of Geek Girls Unite by Leslie Simon intrigued me, so I zipped through it last Sunday afternoon. As she says, it's more written in a magazine style for teens who are trying to figure out where they fit in geekdom and to be supportive of any sort of geeky (she defines this as being passionate about any specific thing) interests. That said, it's not without its flaws -- for one, I'm a literary geek, but I've never longed for my husband to look more like Jonathan Safran Foer! And I far prefer 19th century chunksters to contemporary hipstery writers like Foer or David Eggers, etc etc. Actually, the all-too-brief history she gave of women in writing left me appalled -- she completely skipping over THE BRONTES, GEORGE ELIOT, and other amazing women writers of the 19th century that writers today are still only a pale copy of, and jumped straight to the 20th century and the likes of Dorothy Parker (who's not bad, but she's no Charlotte, Emily, or Anne!), saying something like, well there wasn't really much going in with women writers before.... Excuse me??? British women writers of the 19th century were amazing! She does give Jane Austen a consolation prize/mention later on, so that was covered, but honestly. I'd rather read Jane Eyre and Middlemarch over The Bell Jar any day. For one thing, those women made their own happy endings, despite their lack of Sylvia Plath's more privileged education.

And overall, for a book supposedly about geeks, it had a lot of rather hipstery recommendations going on, especially in the movie, music, and book sections. The point of being geeky is not to become cool, it's just to like what you like. You like musical theatre or ancient history, great. Be passionate about that and who cares if you like the right kinds of art, like Wes Anderson movies and music by Patti Smith.

I do like this book for reminding me that at times I've tried too hard to be cool to impress literary book snobs, etc, and forgot to keep in touch with what I actually like. And at other times, my strict religious approach to life led me to throw out geeky things I really loved. I think that because I denied who I really was at those times, I now have a harder time remembering what it is I really love now. So I've now made a list of things that I've been passionate about over the years to re-explore some of them and rediscover my passion again and I don't intend to abandon those interests (and ultimately myself) anymore. I've gone back to listening to the christian group Jars of Clay since I used to like them in my teens, but I also see a lot of spirituality and meaning in Harry Potter too. So it's all a balance.

And I also just finished reading A Jane Austen Education by William Deresiewicz today. Claire's review (at The Captive Reader) of it last year got me interested and I finally got it out from the library in February. I actually read most of it then and it was what prompted me to go back to Tolstoy in the front place. For starters, I loved it, it's such an insightful look into what Austen had to say about life and how we can constantly learn something new from the everyday of our regular lives. There were so many good ideas there, about learning to grow in love, instead of fall in love (from Sense & Sensibility) and learning how to grow up and take responsibility for your actions, but also to stay young and open and curious in your approach to life (Northanger Abbey). His focus on what you can learn from Jane Austen helped me to go into Tolstoy with the same approach, with ultimately good results. I could say more, but since most of the book isn't fresh in my mind anymore and since this has been long enough already, this is going to be it for now!

As to what I'm reading next... after realizing that there don't seem to be that many christian authors who just write really well (if anyone can think of any, please recommend them! As it is I will probably rely mostly on my 19th century favourites who were also christians in their own varied ways, aka, Austen, Gaskell, Bronte, Tolstoy, the usual suspects. I may also reread the Narnia and Lord of the Rings books the next time I get into fantasy again. There is also Madeleine L'Engle and since I love A Wrinkle in Time and reread it for comfort just late last year, I'm looking forward to reading the rest of her books), I thought I'd do an experiment. I was going to put this off until next year, but I decided that if the Pevear & Volokhonsky translation of War & Peace was on the shelf at my local library when I went there yesterday, then I'd read it this year. And there it was. So obviously I am still more than a little bit into Tolstoy! I also found Gilead by Marilynne Robinson on the shelf and since Rachel recommended that to me a while back, I'm giving it a go too and really enjoying it. 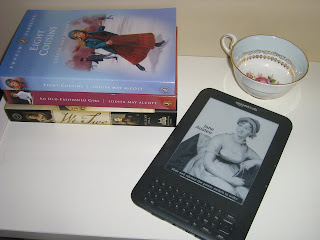 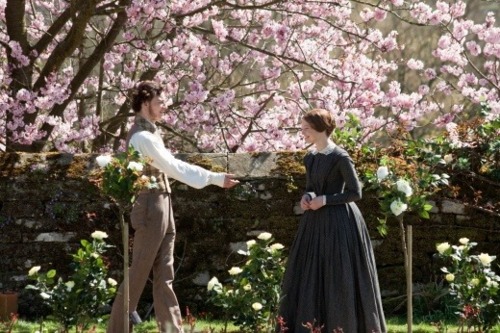 you transfix me quite 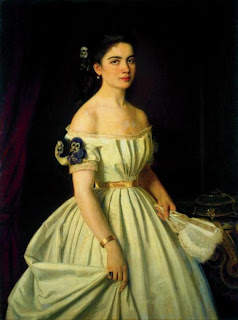 Carolyn
My favourite things are mostly books and flowers, my husband and our cat. Gardens, tea, period dramas, old fashioned clothes, the 19th century, England and France, historical fiction and classic novels by mostly female authors also fit the bill. (I used to blog at A Few of My Favourite Books, now I'm here.) 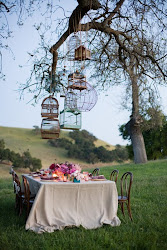